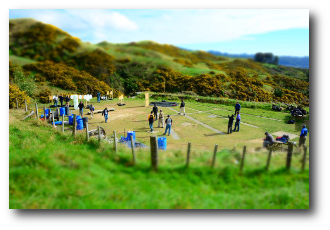 The Porirua Pistol Club (PPC) is currently shooting on the Kaitoke Pistol Club Range on the Hutt Valley Deerstalkers premises thanks to the hospitality of the respective clubs. 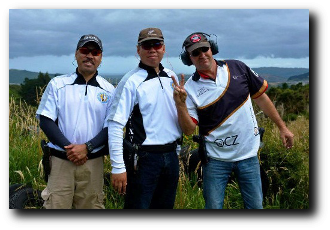 The PPC has a Committee, which ensures the smooth running of the club. The Committee meets on the second Saturday of each month, excluding January. These meetings commence at 8:30am and all members are welcome to attend.  At some point, you will be summoned to attend a Committee meeting in order for you to formally introduce yourself to the club – this forms part of the application process.

There are many different handgun disciplines available in New Zealand (see the Pistol Shooting in NZ page), however the PPC has predominantly focused on the ‘Action’ based disciplines and in recent years, eventually settled on ‘IPSC’  as its primary focus - see the IPSC page.  The pistol club also shoots 'Speed' and '3 Gun' from time to time.

The idea of starting a Pistol Club in Porirua had been in the mind of Ray, our foundation member, for a few years prior to 1986 when he was a member of the Porirua branch of the NZ Deerstalkers Association.  He called a meeting of interested local shooters which was held in the Committee Room of the Mungavin Hall. At this meeting it was agreed that further investigation should take place and Ray was appointed Chairman. 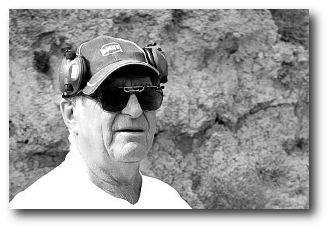 The PPC was officially formed in 1987 and started shooting Silhouette and paper targets with 22 semi autos and 357 revolvers. The interest then turned to what was known as NRA shooting that now falls under the auspices of the ‘Action’ section of Pistol New Zealand.

With the development of Practical (‘IPSC’) shooting in 1996 as a recognised Pistol NZ discipline, attention turned to this style of shooting as a preference for approximately half of the club.  The other half continued with their own interest in ‘HMS’ (Handgun Metallic Silhouette).  Eventually, the PPC focused purely on the ‘IPSC’ and ‘Speed’ pistol shooting disciplines. As these disciplines became more popular, the club attracted new members.

Today the PPC, boasts a membership approaching 50 members with regular attendances by members of the Club at National, Island and regional events.  Members of the PPC often form one of the largest club groups, at these events, which is something we are all keen to continue to see . So from a small beginning the Club now has a strong and active base.